Joanna Macy, PhD, a scholar of Buddhism, systems theory, and deep ecology, is a respected voice in movements for peace, justice, and ecology. As the root teacher of the Work That Reconnects, she interweaves her scholarship with six decades of activism. The many dimensions of this work are explored in her books and videos.

Hundreds of thousands of people around the world have participated in Joanna’s workshops and trainings. Her group methods, known as the Work That Reconnects, have been adopted and adapted yet more widely in activist movements, academic programs, and community organizing. In the face of overwhelming social and ecological crises, this work helps people transform despair and apathy into constructive, collaborative action. It brings a new way of seeing the world as our larger body, freeing us from the assumptions and attitudes that now threaten the continuity of life on Earth.

Macy spent many years traveling in other lands and cultures, engaging movements for social change, and exploring their roots in religious thought and practice. Much of the work emerged in her first extensive teaching tours in the UK, Germany, and Australia. She also led trainings in Russia, countries of the former Soviet Union, Japan, India, Sri Lanka, Italy, France, and Brazil, as well as the United States and Canada. Her students have carried the work to Mexico, Chile, sub-Saharan Africa, China, Poland, the Czech Republic, Kazakhstan, Thailand, Myanmar, and elsewhere around the globe.

Joanna lives in Berkeley, California, near her children and grandchildren. 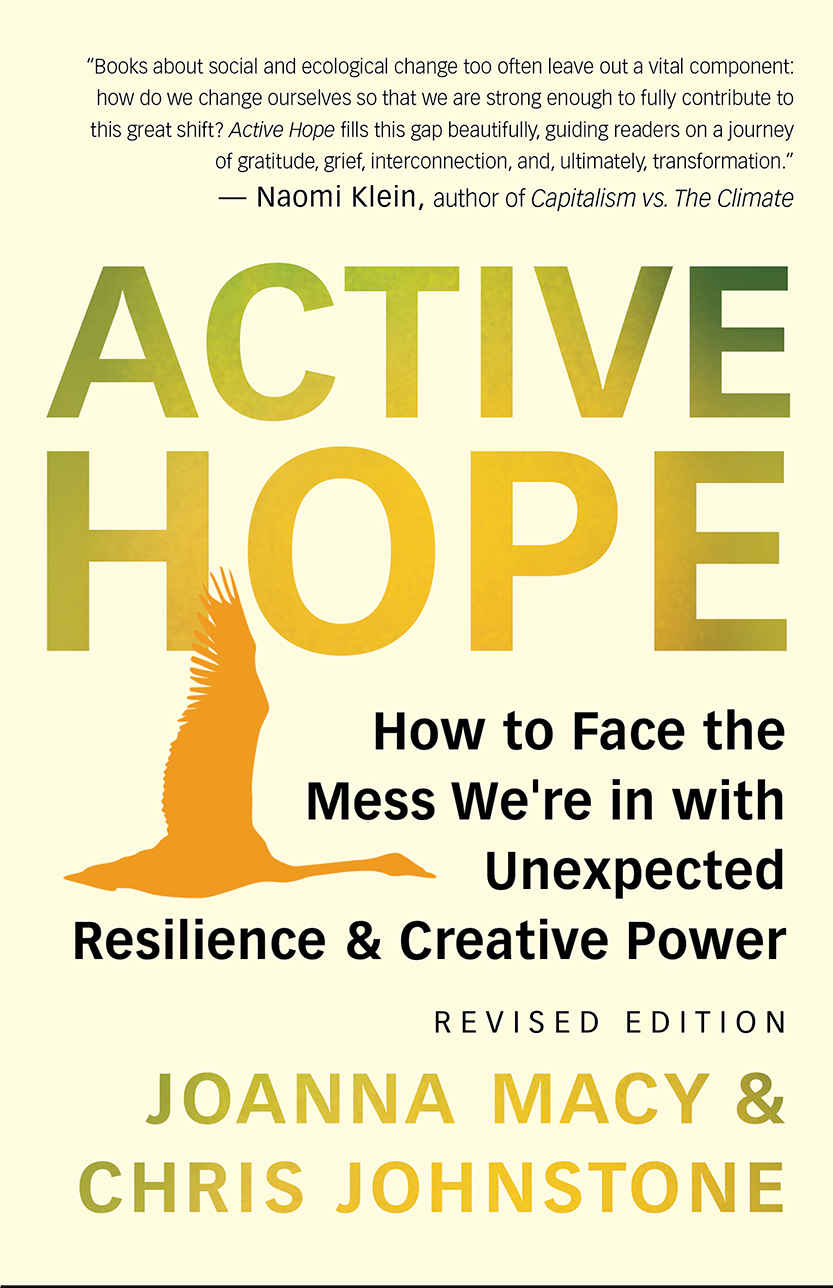